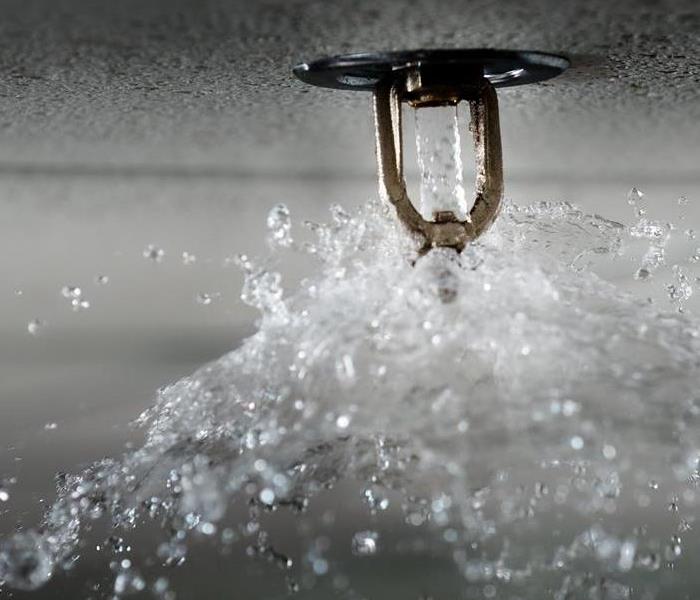 If you've ever looked up at the ceiling of a commercial building and wondered how a tiny fire sprinkler can help stop a fire, you're not alone. Commercial fire sprinklers are small and unimposing, but they are actually a huge help. If you're not convinced, consider these quick facts:

• Fire sprinklers are backed by piping that is filled with water, so that the sprinklers are always "on call," so to speak.
• Sprinklers often respond quicker than any fire department ever could, and thereby make it easier for occupants to evacuate safely.
• Sprinklers can help control or limit the amount of toxic smoke that develops in a building.
• Commercial sprinklers spray more than 25 gallons of water per minute.

How a Fire Suppression System Works

A sprinkler system becomes activated as soon as the temperature near the sprinkler rises to a certain degree. The water that has been sitting in the pipelines, waiting for release, gushes out as soon as the fire sprinkler opens up, spewing water so forcefully on the flames that, in most cases, they're extinguished immediately. Though heat activates a sprinkler, smoke does not, which is a good thing, as smoke often travels to areas of a building that are not affected by or at risk of a fire. If an errant sprinkler does go off, it can significantly add to your fire sprinkler cleanup efforts.

Because sprinklers respond immediately, they can help contain an inferno and even extinguish it entirely. This can not only reduce the amount of property damage, but it can also save lives.

A lot of people are hesitant to install fire sprinklers in their buildings because of a few unprecedented misconceptions. Some such misconceptions include the following:

• Fire sprinklers are prone to accidental activation.
• Smoke often activates sprinklers.
• All of a building's sprinklers activate at once.

The above misconceptions are dangerous, as they prevent building owners from investing in the necessary safety equipment. Don't be fooled by such myths, and talk to your Slidell, LA, fire restoration team about the benefits of a fire sprinkler system, how they actually work and why your building needs one.